For the last few weeks the name of this blog has been a bit of a lie- amidst everything else going on in my life I really haven’t had time to cook.

I decided change would be the theme for my 2014 and the year isn’t quite over yet. The new year plus my upcoming birthday (and the encroaching quarter-life crisis) have dropped cooking a few spots down on my list of priorities.

Good news for anyone who missed me though- I’m back, and with a new camera! Woohoo. My trusty Canon XTi decided to quit working the night before I was sent out to shoot for two clients, but I can’t be too upset because we had a good 7-year run.

Reviewing photos shot with the whopping 8 megapixel upgrade was reminiscent of putting on my first pair of glasses: EVERYTHING IS SO CLEAR! Geez, what have I been missing out on all this time?

Anywho. If you haven’t tried homemade marshmallows you are missing out on a world of sweet, light and fluffy happiness. Winter in SoCal is a lie and I often daydream of living elsewhere (where there are seasons), tossing some marshmallows into a steaming mug of hot chocolate, and getting snuggly in a blanket with my Kindle. My mind has been set on enjoying some mint-mallow-chocolatey goodness. Yum.

So here’s the recipe! It’s fairly easy to make and even simpler if you opt for vanilla and forgo the food coloring. 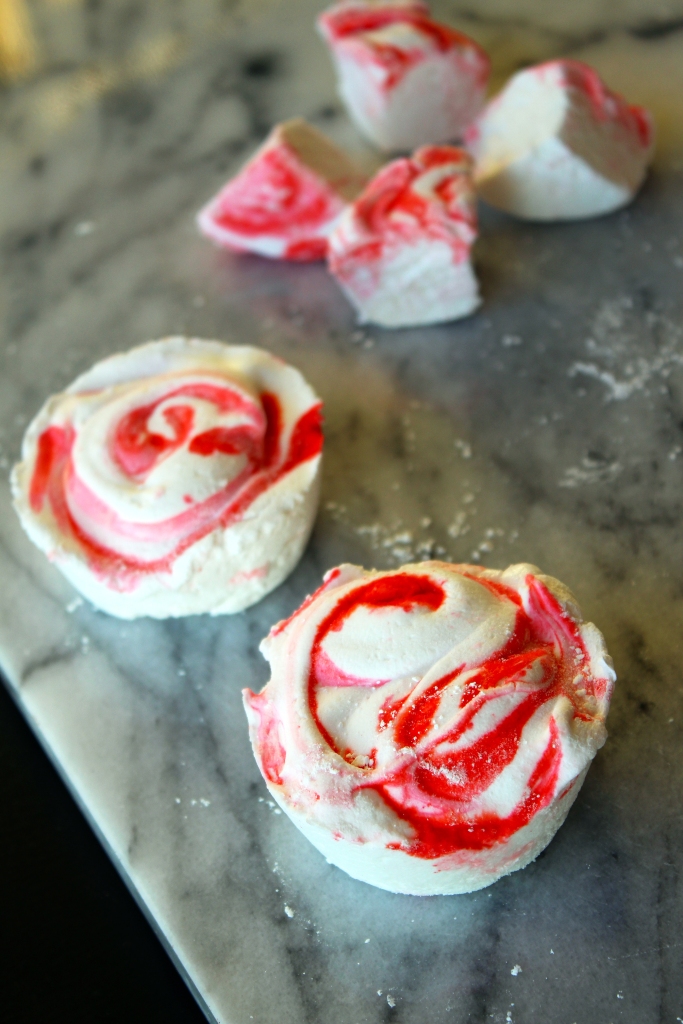 First pour 1/2 cup of the cold water into a large mixing bowl. Add the gelatin and set aside.

Over low heat in a sauce pan, melt granulated sugar with the remaining 1/2 cup of water, corn syrup, and salt. Once melted, increase to medium heat and boil mixture until 240 degrees Fahrenheit without stirring. Immediately remove from heat.

Set mixer to low speed and carefully pour the syrup into the gelatin. Set mixer to high. After a few minutes it should start to thicken and cool. Mix for about 10 minutes, then add the vanilla or mint extract. Continue to mix for about another minute.

For the peppermint swirl effect, drop some food coloring onto the marshmallow and randomly swirl the color in with a toothpick. 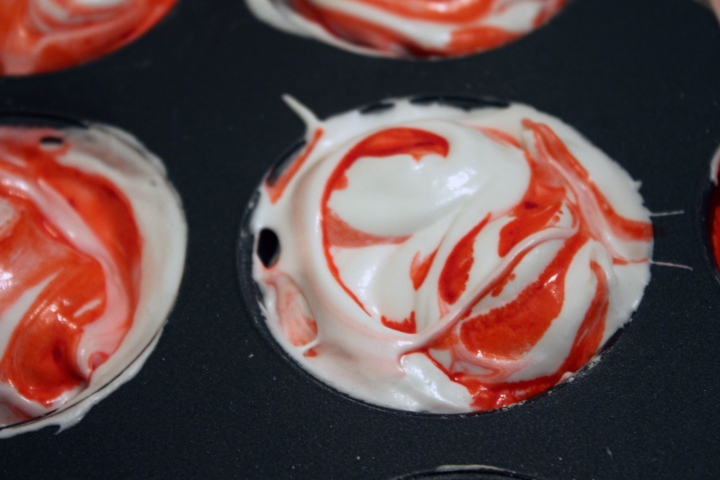 Dust the tops of the marshmallows with the powdered sugar and cornstarch. 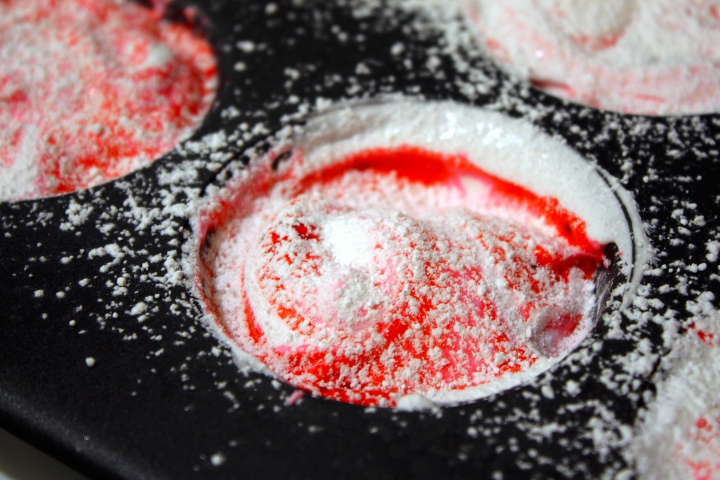 After letting them set for at least 4 hours, cut into squares and remove from pan. (Or carefully peel your cupcake-sized marshmallows out of the pan like I did). Toss marshmallows in the confectioner’s sugar and cornstarch mixture to prevent from sticking. 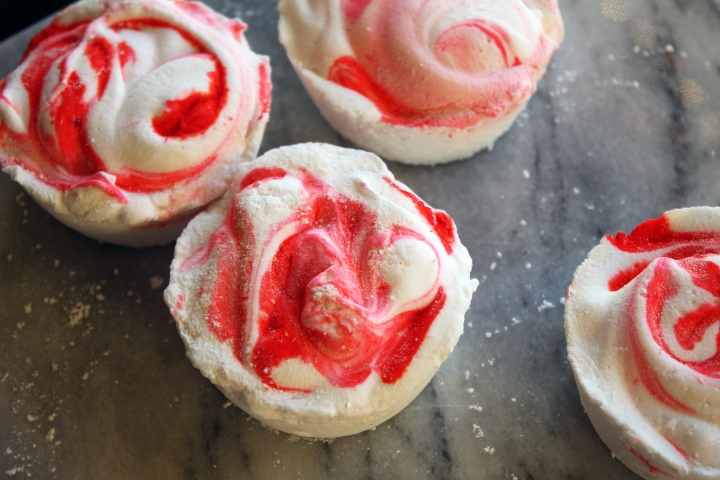 You can get fancy and dip them in chocolate and top with nuts or crushed candy cane, or eat them as is. Give them a try and enjoy!